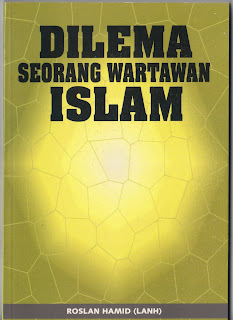 Foremost, a confession: Of late, I seldom buy Malay books. Why? Don't ask me, its just the way it is. Take it or leave it. Then what made me buy this book and give it a review? Let me rephrase the reply on the first question first: I seldom buy Malay non-religious books. Full stop.

If one had been reading The English Section of Harakah print, Sunday editions, one would most probably have noticed LanH's column on the second last page of that section. If so, then one can expect the same tone and writing of this book as in the said column: non-acrimonious and non-vindictive, to the point of almost being non-committal and passive. I may sound rather harsh here for someone I have a deep respect for, but the truth is, LanH is writing about his experience as a Muslim Journalist throughout the 23years of his career as one. He is also writing in the form of a pious Muslim and hence, has put down any firebrand approach which may have the book branded as politically inclined. Political, yes. As the very nature of human management in any society is political (click here), but not politically inclined for any political party. Here, it should be noted that LanH produced this book on his personal accord and that his book had its first print in 2001. Off course, at that point of time, the person writing this review had just experience political awakening, still groping about in semi-darkness, and hardly knew LanH then. But time remedied the situation, insyAllah.

Reading through the book, many of the events LanH described can be seen in our everyday life. Thus, one may be forgiven to think "Hey! I know about this and that!". But the question is not what a person know, but what is the person doing about it?

As mentioned earlier, this book is non-acrimonious and non-vindictive, which may open one's mind to suggestions...not from the writer, but by one's inner self! LanH, after all, is sharing his experience and not trying to be anyone else but himself. Do purchase the book. If anything, it would encourage the writer to produce more. Besides, it does make a good read.

Excerpt below from LanH's blog: 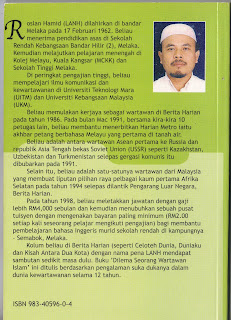 Bro LanH gave my husband one copy too...some 2 years back. and guess who reads it -- Me lah.

Aiyoh this book is an eye opener of a typical journalist's life, lah!!! i'm so glad i'm not one. and also so glad that my husband doesn't work in a big news corporation!

I informed LanH about your comment and I think he was happy to read it.

Tapi betul, the book is good. Cuma, as I have some experience in the field, many of it I am aware of. And even then, as an amateur reporter, I find it quite tiresome, sometimes. Maybe, its because we were not really paid :)

Came across your page while surfing. Thanks for the info on Bro LanH's book. Need to get one to read...though I rarely pick a Malay book to read, this one has grabbed my attention! Thanks again :)

Rid the Country of the Traitors 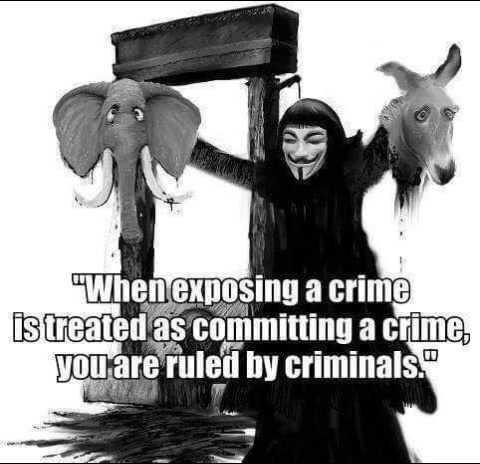 Chase out the Corrupts

Say NO To POTA and The Hypocrites!